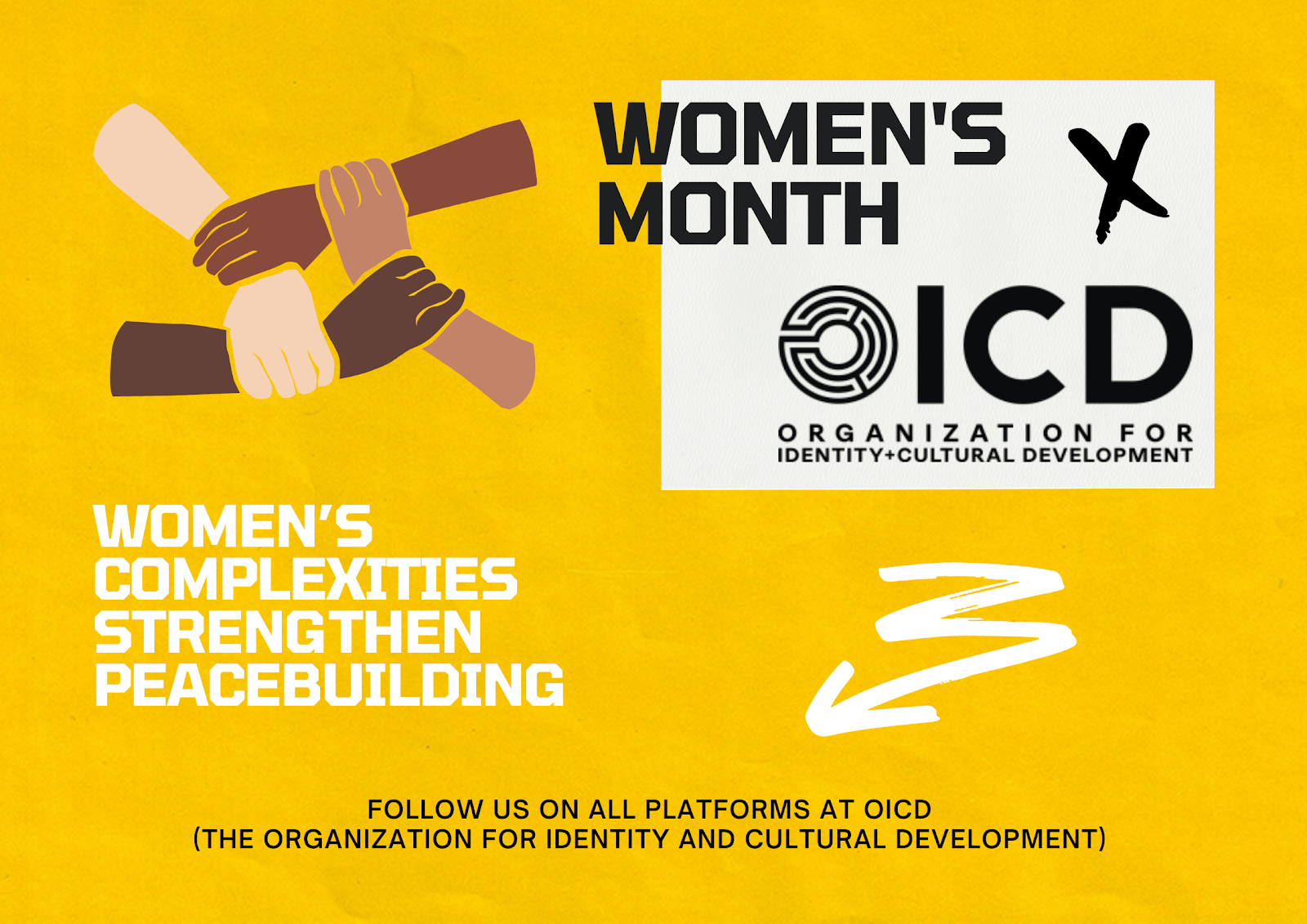 Women’s Month calls on us to celebrate women in all areas of life, and to address the issues faced by women, in the past and present, around the world. As much as we speak about women’s rights and recognition, we still so often within peacebuilding speak of “women” as if they are a homogenous group of people. Not only does this undermine individual women who are complex, but also paints women as a group with a single brush. It is necessary to explore the harm that can arise from viewing both women and men as single-issue groups, as they often go hand-in-hand. Polarizing gender identities of men and women contributes directly to barriers women face within peacebuilding efforts.

Generally, women tend to be seen as either voiceless victims of violence or moral and natural peacebuilders. Neither of these depictions exist so simply in real life, where being a woman is an extremely complex and multifaceted experience. We need to tackle assumptions such as women being inherently better peacebuilders because they are somehow more ‘gentle’ and ‘caring’. This is dismissive of the varied roles and approaches different types of women can bring to peacebuilding processes. We need to move beyond valuing women simply based on their imagined womanhood and see them as whole people.

The OECD (Organisation for Economic Co-operation and Development) Development Policy Papers from 2017 highlight that having women involved in peacebuilding meaningfully contributes to the empowerment of women and, importantly, shifts how they are seen by being valued and prominent in official processes. Crucially, they note that when gender roles are not challenged around masculinity, this can often create further violence. If a man does not feel as if he is “man enough” he may also be more likely to be recruited to violent organizations to express this frustration, or take it out on those around him. This highlights how we cannot approach women’s empowerment without also challenging what it means to be a man and the root causes of gender-based violence. Ultimately our ideas of what it means to “be a man” and to “be a woman” both need to be challenged, as gender exists as part of a complex web of cultural meanings and self-concepts. It is only through challenging Masculinity and Patriarchal Norms that we in turn are able to fully appreciate women and their complexities. These are part of the same problem. This speaks to how polarizing identities are dangerous.

Amartya Sen, nobel laureate and author of Identity and Violence specifically addresses this when he says:

“Any classification according to a singular identity polarizes people in a particular way, but if we take note of the fact that we have many different identities – related not just to religion but also to language, occupation and business, politics, class and poverty, and many others – we can see that the polarization of one can be resisted by a fuller picture. So knowledge and understanding are extremely important to fight against singular polarization.” [emphasis my own]

Just ensuring that “50% of women” are involved in decision making roles around peacebuilding doesn’t necessarily get us closer to the outcome of better representation either. Rather, we might ask who these women are and what they bring to the table as individuals. In 2020, Ashleigh Subramanian-Montgomery, Alexa Fedynsky, and Dr. Solange Bandiaky-Badji wrote that women in peacebuilding roles are often expected to speak with one voice and that this actively works against the peacebuilding process. A genuine celebration of women moves beyond seeing women as single category beings. 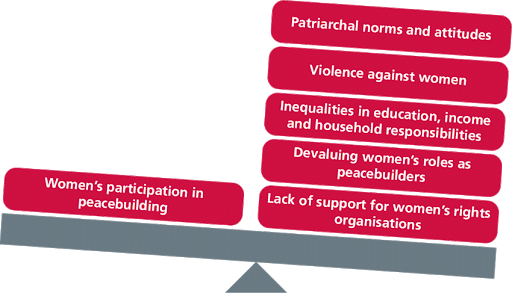 With all this being said, it’s important for us to note that women have never been absent from making decisions despite what their empty seats at the metaphorical table would suggest to us. Women are making various decisions in their homes, their workplaces, and amongst their social circles and these have massive impacts. Women are doing complex invisible peacebuilding work on the ground whether they are officially recognized or not – it is these women who deserve further empowerment and to be seen.

So this Women’s Month and beyond, one way to genuinely celebrate women is to do so in ways that acknowledge their full and complex identities. It is through sustained recognition and respect of complexity that we are able to create enactable opportunities for change. Let us also use the opportunity to be mindful of how when we see men’s identities in a simplified way, such as assuming they are violent, that this is just as harmful as reducing women to being victims. We cannot ignore how interconnected identity stereotypes truly are. It is through moving beyond superficial quotas and instead towards valuing the variety and fullness that different women have to offer that we can have more meaningful peacebuilding efforts.

If you’d like to know more about identities in practice you might be interested in signing up to The OICD Institute. OICD Institute members are given access to a Slack channel to network, as well as access to a number of online resources tackling theories of development, social divisions and identity by thinkers such as Amartya Sen in ways that offer further complexity to understandings of cohesion and conflict:
https://oicd.net/institute/

Earth Day: Changing the Climate of Climate Change – The Need for Perspectives on Identity

Earth Day: Changing the Climate of Climate Change – The Need for Perspectives on Identity