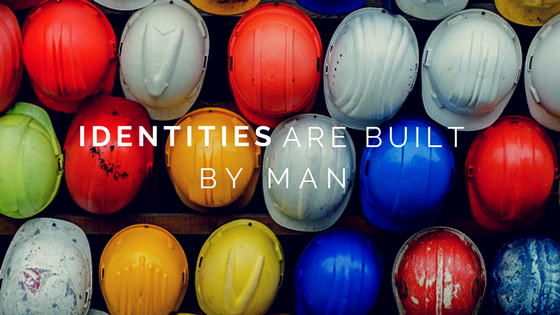 The popularity of books such as Sapiens: A Brief History of Humankind by Yuval Noah Harari periodically thrust a key finding of the Human Sciences into the public spotlight: however convinced we might be by the idea that we live in ‘real’ communities of nations, cultures and ethnicities, these concepts of ourselves are simply the result of identity-projects built and maintained by other human beings.

For those encountering this truth for the first time, this sudden understanding of what goes on ‘behind-the-stage’ of everyday human existence can inspire the start of a spiritual journey as one seeks to provide a much fuller answer to the question, ‘who am I?’.

Spiritual journeying that questions the true nature of human belonging is certainly one possible option of what do we do with the knowledge that identities are constructions. Indeed, opening the black-box of identity and proving that it is illusory has often been a pursuit of spiritually inclined communities such as the Alevis religious community – the subject of an article by OICD intern Cristina Cusenza.

When thinking about other choices we have about what to do with the knowledge that identities are constructions, we may be under the illusion that all options must surely positively transform individuals and communities. It is frightening to discover, then, that the orchestrators of ethnic cleansing and genocide are often well aware of the constructed nature of identities. Indeed, it is their sturdy grasp on the fact that identities are constructions that allows them to manipulate the cultural concepts that fuel divisive identities and create the conditions they need to assert power.

While the knowledge that identities are constructions can be used to prop-up divisive identity-projects, however, it may also be our most powerful tool in understanding how we might counter such attempts to divide populations. The proactive, systematic celebration of cultural pluralism, for example, can make a real impact on the countering of cultural divisions and the promotion of cohesion. And as so much of the world’s conflict is based on illusory forms of identity, such applications are potentially life-saving.

The plight of the Rohingya are an example where the conflict centres around an imagined notion of who people think they are and where they think they come from: “The communities do not share a national narrative about Arakan as their homeland, as the role of Muslims is not acknowledged in the Buddhist narrative and the role of the predominantly Buddhist civilization of Arakan is ignored in the Rohingya Muslim retelling of history” (Leider).

If we can find ways to offer new options and alternatives to such singular cultural narratives, we can harness the power of understanding that identities are not fixed but can shift and move into new configurations.

The options of what to do with the knowledge that identities are constructions are broad indeed.

I’d like to conclude with an option that the late anthropologist Clifford Geertz reflected upon. This option is merely to acknowledge that all people live in constructions, and that seeing ourselves and each other as doing so can connect us together in a genuine understanding of our common humanity.

To see ourselves as others see us, can be eye-opening.
To see others as sharing a nature with ourselves is the merest
decency. But it is from the far more difficult achievement of
seeing ourselves amongst others, as a local example of the forms
human life has locally taken, a case among cases, a world
among worlds, that the largeness of mind, without which
objectivity is self-congratulation and tolerance a sham, comes.
Local Knowledge, Clifford Geertz

Interested in this area of identity-making, or have something to contribute to the thinking or practical use of such observations? Do contact me at bwhite@oicd.net to give feedback of any kind.