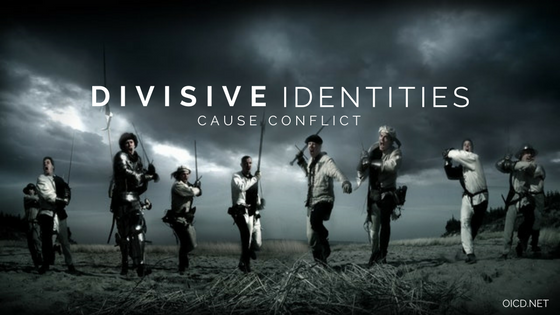 I find myself saying it a lot: the roots of so much division and conflict are in identity. For some conflict transformation NGO and international development practitioners, however, identity-based conflict is seen to be a less prevalent, even a minority, cause of conflict. For example, some practitioners see conflict over resources (e.g. water/oil) as a completely separate kind of conflict, perhaps more widespread than what they categorize as “identity-based” conflict, which they may define quite narrowly as conflicts only involving ethnic/tribal factors and forces.

While it is certainly true to say that there are conflicts that are not caused (at least initially) by identity factors, I’ve never accepted the idea that you can take identity and culture factors out of resource conflict, or indeed, most other forms. Surely the fact that a particular group of people see themselves as having a right to a resource depends upon their cultural identity as “that people” who have that right? And so surely notions of historical and cultural identity underlie any territorial dispute, and are vital to understand in order to resolve such disputes? This theme of the role of identity in resource conflict was the subject of a 2012 paper looking at the question as it affects water-resource conflict in Central Asia by OICD research fellow, Aliya Tskhay.

All of this opens up an important question: to what extent are identity and culture factors involved in all human conflict? In order to address this question, I have examined each type of conflict listed by the UN in their UNITAR-IPI (United Nations Institute for Training and Research—International Peace Institute) training course for high-profile UN member peacemakers and diplomats. This course categorizes 141 different conflict causes across 12 categories. I identified identity and culture dynamics in 86 of the 141 causes of conflict which puts the identity-based conflict at 60% of all human conflict (see Fig 1 for a breakdown by category). 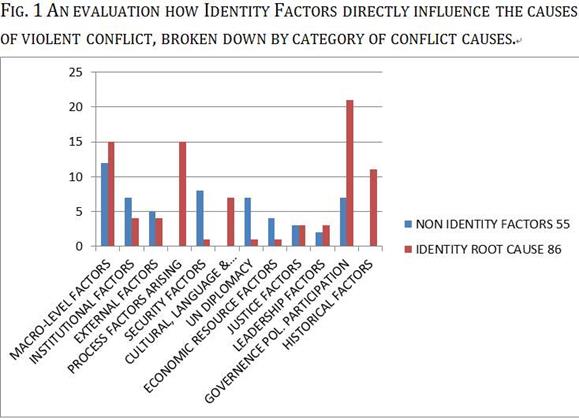 Does this 60% figure seem low or high to you? To many of the aforementioned practitioners who define identity-based conflict in narrow terms, it will doubtless seem very high. But for those who understand the scope of influence that identity and culture factors can have, it may seem low. No matter where you may fall on this scale, it is important to realize that even for conflicts that may not begin with identity-based dynamics, a large proportion will come to involve identity factors at some stage in their development. And thus identity will need to be addressed as part of the conflict transformation work in many of the remaining 40% of cases.

If you’re interested to learn more about the categories and causes referenced here, look at page 18 onwards in this excellent summary of the UNITAR program. And if you have questions, comments and/or feedback for me on this topic please contact me at bwhite@oicd.net.