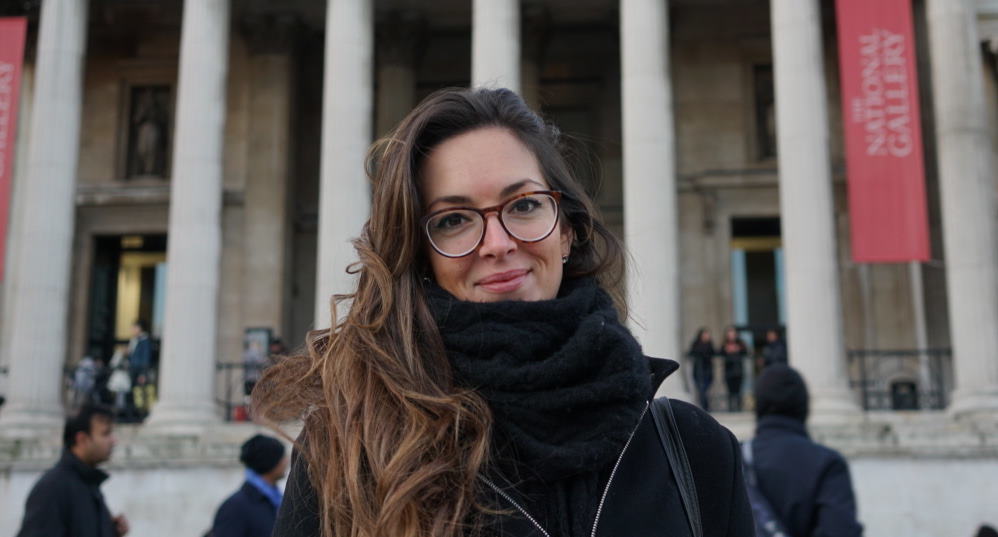 Amid the hustle and bustle of London’s Kingsway, I met with Sandra Obradović over coffee to discuss her current work and involvement in the OICD.

Sandra is a postdoctoral fellow in the Department of Psychological and Behavioural Science at the London School of Economics and Political Science (LSE). Her research combines elements of Social Psychology, Political Science and History, focusing primarily on intergenerational questions of Serbian national identity in the wake of the Yugoslav Wars.

Through this, she contributes to a better understanding of how intergroup narratives and memories can be weaponized at the political level, both to fuel exclusionary politics and conflict between groups, but also to work against these conflicts between groups. Alongside her research, she also teaches extensively, having journeyed straight from a postgraduate class to our meeting.

One aspect of Sandra’s work that initially captivated me was its interdisciplinarity – what she terms as “sitting at a strange intersection of Psychology, Political Science and History”. As we begin our discussion, she emphasises that, in understanding the processes that create conflict, context matters. This context, moreover, is shaped by historical, psychological, political and anthropological factors.

To view a conflict through a solely historical, or solely psychological lens, Sandra argues, quickly leads to reductionism. This prevents the true complexities and nuances of real-world situations being grasped. Elements of history become psychologically internalised and shape how people make sense of politics, and also how they act politically. This, then, becomes closely entangled within individual and group identities – categories that Sandra argues should be reified as “something that we realise through practise, something that we perform, and that we negotiate with others in interaction, in relation to institutions, and in relation to ideology”.

This quickly leads us onto one of Sandra’s primary areas of research – conflict and identity in post-war Serbia.

We touch upon the question of Serbia’s ambivalence toward integration into the European Union. To many Serbs, Sandra argues, the idea of joining the European Union not only leads to concerns around sovereignty but also fears of the ability to maintain cultural continuity and identity as part of a larger political structure (paralleled with Serbia’s past experience as part of Yugoslavia).

She mentions that the ways in which stories about conflict are told and become internalised within groups can be carried forward to the present in the form of political policy. For a more detailed analysis of this process, I cannot recommend enough Sandra’s essay: Don’t Forget to Remember: Collective Memory of the Yugoslav Wars in Modern Day Serbia. This, alongside all her other publications, is available to read on her website: https://sandraobradovic.com

I then mention Brexit, to which Sandra instantly cites many of the same processes at work – weaponised identities, an entrenched “us and them” narrative, and nostalgia for a lost past that can be restored only through political action. “Remainer” and “Leaver”, she highlights, only emerged recently as categories of identity, but are already highly charged markers of division in British society. She counters this division by saying that, at the local level (for instance, within a London borough), the day-to-day concerns of residents can often overlap. From the mundane – what public transport a person may use, or where they buy their groceries – to the more serious issue of how they are affected by political and economic policy – this recognition of shared intergroup experiences can help transcend the rigid division of “Remainer” and “Leaver”. If individuals recognise this overlap, the “us and them” narrative loses some of its potency, and differences between identities can lose their antagonistic association.

I close our discussion by asking Sandra how cultural practitioners working in other geographical and cultural settings could make use of her research in their own work.

Firstly, she emphasises the importance of understanding that humans have a psychological need for narrative meaning – that we need to tell ourselves stories to make sense of our environments. In a conflict setting, she says, it becomes particularly important to ask what stories are people telling about the conflict, about the adversaries, and about themselves.

Having asked this, we can then also think about how to shift the narratives. One method, Sandra argues, is to find commonalities between the groups involved without overriding existing identities. One could point to the fact that all groups involved in the Yugoslav conflict suffered, which provides a common theme that can potentially allow moving beyond a historical memory framed in terms of protagonists and antagonists, victimisers and victims. With this in mind, we can tell better stories – ones that stress intergroup affinities.

A final point Sandra invites me to consider is how the practices and rituals that people engage with might reproduce difference and exclusion. And how these practices and rituals physically embody themselves in space – for example, who has the right to be visible and inhabit buildings and public spaces. These are all salient points, worthy of consideration in a situation of identity conflict.

With our conversation over and coffees finished, I bid Sandra farewell, as she returns to the bustle of London and a busy afternoon of teaching and research.

Oliver Puckey is an OICD Intern